Home / Blog / Steve Jobs – Brilliant, but was he a revolutionary?

Steve Jobs – Brilliant, but was he a revolutionary? 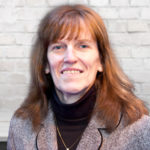 There is no getting away from the fact that what dominated the news headlines this week was the announcement of the death of Steve Jobs, chairman, co-founder and former CEO of Apple. For anyone unaware of this news, quite frankly you must be living in a dark cave.

In fact the online reactions – with many responses no doubt being tapped into iPhones or typed into MacBook Pros – attested to the far reaching accomplishments of a man many have likened to a modern Thomas Edison. From politicians to business and technology leaders, tributes flooded in:

“He changed the way each of us sees the world, we have lost a visionary,” said President Obama.

“Leadership doesn’t have a secret formula; all true leaders go about things in their own way. It’s this ability to think differently that sets them apart – and that enabled Steve Jobs to create perhaps the most respected brand in the world,” wrote Sir Richard Branson.

Microsoft’s Bill Gates tweeted: “For those of us lucky enough to get to work with Steve, it’s been an insanely great honour. I will miss him immensely.”

“From my Mac to all Lovers … RIP Steve Jobs,” wrote Kylie Minogue.

“If you have yr health consider it the top of the GIFT pile. SteveJobs did a lot in 56yrs&wished he had wht many of yoU HAVE… I did the Grammy webcast in 1996 for Apple at MadisonSqGarden as payment they said $1000 or 2 POwerPCs, ..I took the 2 PowerMACs,” tweeted Chuck Dee. (It was my young nephew that reassured me that Chuck was a well respected rap star not an ill-educated individual lacking basic literacy skills – “get with it auntie”, was my nephews reply.)

Such was the response of those paying their respects on Twitter, it struggled to keep up with the news feed. Thousands of users reported seeing the ‘Fail Whale’, a cartoon sperm whale that appears on the Twitter homepage when Twitter produces more messages than it can handle. May be this was a bizarre sign of reverence and a reflection of his impact on our global society.

However, as I personally reflect on his death, his elevation to near sainthood and comments such as “..the world is immeasurably better because of Steve,” – made by Jobs successor, Tim Cook – I think does he really deserve such veneration and credit? I certainly struggle to place him in the same visionary class as Edison, Einstein, Gutenburg, Arkwright and Brunel, for example – with whom many do – who really did revolutionise our world. He did not invent the computer, he merely speeded up what we were already doing – listening to music, communicating, sending messages and gathering information – and gave us smart looking gadgetry.

But not to take anything away from Jobs in terms of what he achieved as he was a brilliant, highly innovative technician, with great business flair and marketing ability. In fact I often quote Apple as a great example of how to build a ‘brand’. And I can’t deny that it is the increasing importance of technology that has kept me in a job for the past 25 years, and where would I be without my iPhone.

There is no doubt that Jobs has made a profound impact and has certainly helped to humanise technology in our computer-obsessed world. There are many instances where his innovations have enriched and improved our lives. If we take for example healthcare, the tools he created have supported patient empowerment and few have done as much to bring about the rise in use of mobile devices by medical professionals.

Many big-name electronic health records vendors have developed iPhone or iPad access capabilities and there’s also an increasing number of iPad-native EHRs, and these devices are proving their worth in telehealth and for remote diagnoses in time-sensitive emergencies. Plus the plethora of self-monitoring, smoking cessation, fitness and assorted other mHealth apps in Apple’s App Store have helped bring about a new era in personal health.

So, although not in the same league as Einstein, Jobs has made his mark in history. And to quote Neil Diamond, “iSad”.

Founder and Client Services Director
Susan takes a fresh approach to marketing and public relations. She established Highland Marketing in 2002 after a long career working with well-known agencies and clients ranging from SMEs to multi-nationals. During the past 20 years she has helped many companies within the technology and healthcare IT sectors to raise brand awareness and reach new potential customers. Susan is respected by clients, getting them and their services noticed when and where it matters, and by the media where she has many long-standing contacts.

“Effective marketing and communications demands a lot of passion, commitment and experience, and that's exactly what we provide for clients. Right from the start I match them with a team of people who each have at least ten years' experience, and who often know what it's like to run their own business. That mixture of maturity and determination is very potent. Clients really notice the difference, especially those who have previously worked with agencies that send in their top people to win an account then hand the actual work to inexperienced junior staff.”

A little about Susan: