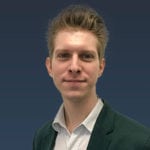 Lords call for a long-term plan for the NHS and action to drive its take-up of technology
A House of Lords report has criticised “a culture of short-termism” in the NHS and argued that this is reflected in its “inability” to make better use of technology.

The report, issued last week by the Lord’s select committee on the long-term sustainability of the NHS, says “almost everyone involved in the health service and social care system seems to be absorbed in day-to-day struggles, leaving the future to “take care of itself”.

To change this, it says the government should set-up cross-party talks to agree long-term funding and direction for the health service.

It also argues the government should back this up by establishing an independent Office of Health and Care Sustainability, on the model of the Office for Budget Responsibility that provides data and commentary on Treasury issues.

The authors point out it is unclear who is responsible for driving innovation in the NHS and say the government should clarify this. They also argue that, once technologies have been appraised, more should be done to make sure that local organisations adopt them.

“The government should identify the bodies and areas within the NHS which are falling behind, and make it clear there will be funding and service delivery consequences for those that repeatedly fail to engage,” they write. “This could involve relocating services to places that prove to be more technologically innovative.”

The authors also stress the need to tackle the data agenda, following the failure of the care.data project.

Care.data set out to combine the Hospital Episode Statistics with other data sets, and to release them to researchers; but it failed amid concerns about how members of the public would consent and who would get access to the information available.

The Lords say everybody involved in NHS data, including NHS Digital, should seek to engage the public on issues around sharing personal data. “Public engagement needs to become a priority at a local level, for staff in hospitals and the community, and not be left to remote national bodies,” the report adds.

Report a ‘wake-up call to politicians’
The Lords set up the inquiry into the sustainability of the NHS in summer 2016, amid concerns about the slow progress of the Five Year Forward View plan to close a £30bn gap between NHS funding and demand by improving efficiency and introducing new ways of working.

It heard from expert witnesses, including leading managers, clinicians and healthcare IT experts to compile its report, and took half a million written words of evidence. Other issues of concern include recruitment and the need to invest in public health, not least to tackle what the report calls “a rising tide” of obesity.

The government is obliged to make a formal response, but think-tanks have urged it to take note of the findings.

Chris Ham, chief executive of the King’s Fund said it should serve as a “wake-up call to politicians from all parties to initiative a long overdue debate on how to pay for health and social care in the future”.

While John Appleby, the chief economist of the Nuffield Trust, said he was pleased the Lords had backed his call for an independent organisation to make recommendations to Parliament on future funding for the NHS.

The technology aspects of the report were welcomed by royal medical colleges. Helen Stokes-Lampard, chair of the Royal College of GPs, said “healthcare professionals love technology” but they need “standardised, joined-up systems that we can use across the board”.

The Lords Select Committee on the Long Term Sustainability of the NHS: evidence and report. http://www.parliament.uk/nhs-sustainability

Account Executive
Dariusz’s career in PR and marketing has proven his skills in delivering results for B2B and B2C clients across several sectors. He has achieved a wide spectrum of media coverage and his creativity and passion for PR has helped him develop a large network of media relations.

Healthcare technology is at the heart of his interests. Driven by the possibilities of new technology, Dariusz is a committed member of the Highland Marketing team, working to position clients in the market, so that they can help make the NHS stronger and more efficient. Dariusz enjoys creating strategies for various clients in order to raise awareness of their products and services, and their customer success stories.

Dariusz graduated from Cardiff University with an MA in International Journalism. He has also studied in the United States and completed his school education in his home country – Poland.

“With my journalistic university background and passion for PR, I always try to do my best to think outside the box, use as much creativity as possible and, through skilled communication and the right media, achieve strong results for clients, helping them gain the recognition they deserve in the market.”

A little bit about Dariusz: