Roy Lilley’s latest interviewee was the editor of digitalhealth.net. The two feisty performers covered a lot of ground, from the National Programme for IT to the likely fate of NHSX. Highland Marketing listened in.

Jon Hoeksma has been reporting on NHS IT for a long time. At more or less the moment that prime minister Tony Blair was being sold the vision that led to the National Programme for IT, he was co-founding a newsletter dedicated to electronic or e-health.

Two decades later, the E-Health Insider newsletter has become a website, a series of professional networks, and a spring show, ReWired; while e-health has morphed into health tech and, increasingly, digital health. Despite this, it is commentator Roy Lilley’s firm opinion that not enough has changed in the space.

National programmes, naming conventions, and trade publications may have come and gone, but in his widely read newsletter he often argues that a shocking proportion of hospitals still lack electronic patient records, “interoperability is a mess”, and nobody has got to grips with social care.

In effect, Lilley asked Hoeksma in his latest IHSCM HealthChat, what has gone wrong? And what the government can now do to get it right, as it prepares to embark on yet another reform of health and care that is meant to have digital at its heart?

(Not) going through Richard Granger’s bins

“The real starting point has got to be Connecting for Health [the agency that was set up to run the National Programme, under the direction of director general of NHS IT Richard Granger],” he suggested.

“Nobody knew what they were doing. Industry didn’t get it. Hospitals didn’t get it. They ended up with these US systems that were built for billing and clinicians wouldn’t use them. I remember Richard Granger. We used to go for lunch together. The programme destroyed his marriage. It destroyed his career. Journalists went through his bins. His kids were followed to school. It was a horrible time.”

Hoeksma was quick to point out that: “I never went through Richard Granger’s bins.” But agreed that the “abject failure” of the core aims of the £12.4 billion programme was a disaster from which health tech has, in some ways, never recovered. Although he disagreed about why.

“You can feel sorry for Richard, but he had a style that was very tough,” he said. “And it was possible to work out what to do, by looking at primary care. There, suppliers were close to their users and dealing with their local issues.

“They weren’t huge, outsourced companies that were completely unfamiliar with the NHS or iSoft [a KPMG spin-off that was still trying to develop its Lorenzo system in India when it should have been delivering it to three-fifths of the NHS and that had to be bought-out by its local service provider, CSC].”

Lilley suggested that the shadow of NPfIT makes it difficult for the health service to get the balance between national and local right and that, as things stand, too much is left to trusts that either spend big on EPRs that don’t interoperate or stay stuck on paper.

“I’ve talked to Matthew Gould [Richard Granger’s distance successor, as chief executive of NHSX] and he seems to struggle with this,” he said. “I think the NHS should go out and buy 57 boxes of stuff and tell people to get on with it.”

“You don’t want hospitals all going out and doing their own thing; but, in reality, they don’t, because we only have a handful of EPR companies in this country. Also, you have to remember that over the past ten years we have seen a tide of digitisation in the health service.

“It is still patchy – god, is it patchy – and interoperability is an issue, but what central consultants don’t understand is that healthcare is complicated. It’s not like an airline or a supermarket chain where you can say ‘stick something in and get on with it’.”

No standards, no sale?

Lilley argued that even if you accept this point (which he doesn’t) it would be possible for the centre to take a tougher line than it does, by laying down standards for interoperability and rules for procurement that force trusts to buy from companies that meet them.

Hoeksma agreed up to a point; although he pointed out that the NHS has tried this as well. After all, it’s not as if nothing has happened since NPfIT. A few years after it finally collapsed in 2011, health secretary Jeremy Hunt got US ‘digital doctor’ Robert Wachter to review NHS IT and suggest a way forward.

Wachter suggested that with few resources to go around, money should go first to those trusts that were ready to use it. The outcome was the global digital exemplar programme, run from NHS England by Matthew Swindells, who wanted to link it to a procurement framework that would allow both the companies and the hospitals involved to sell their expertise to ‘fast followers’ and then laggards.

What effectively did for the approach was the arrival of the current health and social care secretary, Matt Hancock, and his digital agency, NHSX. Hoeksma said wasn’t a fan of the GDE programme, as it played out. “The problem was that it only addressed a small number of trusts, and everybody else got scraps from the table, because there was no second or third wave,” he said.

But even if it had hung around, he said it might not have worked as envisaged. First, because the GDEs didn’t get uniform results: “Even where they got the same systems, their impact was variable. You can use the same system and get very different results.” Secondly because you can’t impose interoperability. In a complex system, in which patient choice is also starting to play a role: “You need architectural flexibility.”

Interoperability is a very long word

If Lilley and Hoeksma didn’t really agree on the state of NHS IT, the role of the centre, or how to sort out interoperability, they did agree that the next challenge is the one behind the Integration and Innovation white paper that was published shortly before the HealthChat took place.

How do we join up health and care, sort out data for planning, and roll out digital-first pathways focused on the patient? Again, though, the degree of agreement was limited. Lilley put it to his interviewee that: “We have got integrated care systems coming along, and nobody is talking about that, and the new kid on the block is social care, and nobody is talking about that.”

But Hoeksma argued people are talking about these issues and, even, finding a way through them. “Shared care records have been a quiet success story,” he said. “They have had some national attention with the Local Health and Care Record Exemplar programme] but most of what has been happening has been under-way for years.”

NHS England and Improvement, working with NHSX, has set a target for the integrated care systems that must be in place by April to have a ‘basic’ shared care record in place by September. But Hoeksma stuck to his general line that it is local, rather than national action, that gets things done.

“Hampshire is a good example,” he said. “The Hampshire Care Record [now the Care and Health Information Exchange and part of the Wessex LHCRE] became an overnight success after ten-years of plugging away. You have to keep plugging away.”

NHSX and the shadow of care.data

Of course, this doesn’t mean that digitalhealth.net, like other news outlets, won’t be covering the latest machinations in Whitehall and Leeds. The Integration and Innovation white paper wants to consolidate NHS England and NHS Improvement, and the gossip is that NHSX will be pulled back into a new transformation directorate.

Hoeksma said he was “torn” about the future of X. On one view, it has achieved little and “not exactly covered itself in glory” over the Covid-19 app. On a more sympathetic take, “it was only just getting going” when the pandemic hit, and did a couple of useful things during it, like tear-up the information governance rules that stopped data flowing.

“The official message, which I got a briefing on yesterday, is that the brand will be retained, whatever that means.” “That’s just civil servants pretending to know something,” Lilley responded.

The bigger question, he suggested, is what will happen to NHS Digital, which he thinks is too big and too busy running infrastructure, staff support systems and websites, to get into the kind of analytics that the NHS needs to plan services effectively.

Hoeksma suggested there were good and bad signs on data. On the one hand, he said, NHS England and Improvement has done some great work with Palantir on tracking PPE. On the other, some of its ambitions for using patient data look a lot like the care.data programme [a massive, badly communicated data grab that shattered public trust, just as it was recovering from the national programme].

That being the case, Hoeksma argued, the latest review of the use of NHS data for analysis and research, led by Ben Goldacre, is going to be very important. “The government needs to get out in front of this, before the privacy lobby does.”

Even so, Lilley argued, the public must surely have been won round by their experience of digital health care during the pandemic. “People have been to appointments on their iPads. They have not had to drive to hospital and spend thirty quid on parking, just to sit in a drafty corridor and not to get much done at the end of it,” he said. “They are not going to want to go back.”

And, ultimately, he reiterated, the way for the NHS to deliver these improvements is simple: tell trusts what to buy and get data shared with primary and social care. Oh yes, and “stop pushing apps”, particularly ones that are supposed to have AI built into them, because nobody needs apps that “don’t connect with anything.”

Needless to say, Hoeksma didn’t really agree with this. Except, perhaps, for the hype around AI. “We had a press release on the newsdesk about a door-opening solution that used AI,” he said. “That was probably peak AI. At least, I hope it was.”

The HealthChat with Jeremy Hunt was sponsored by Allscripts UK, which has a growing customer base of trusts using its Sunrise electronic patient record and dbMotion information sharing platform.

Highland Marketing was recently appointed strategic communications partner for the Institute of Health  and Social Care Management and the Academy of Fab Stuff, and is working to raise awareness of its work in both health and care. 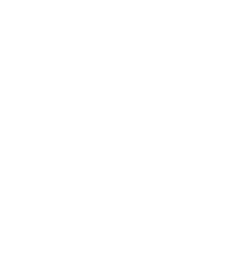 The next HealthChat will be held on  5 March 2021, 5.00pm, when Roy Lilley will talk with Professor Donna Hall, former chief executive of Wigan Council, chair of the new Local Government Network and of Bolton NHS Foundation Trust. Secure tickets here: https://bit.ly/3dJkP02