Home / Blog / Creating the digital health workforce of the future

How are trusts and health tech suppliers going to find the people they need to develop deploy and optimise critical clinical information systems in the future? Highland Marketing’s advisory board invited Paul Rice from Bradford Teaching Hospitals NHS Foundation Trust to outline how he has been thinking about the challenge.

The NHS is facing “the worst staffing crisis in its history” according to the Commons health and social care committee. An inquiry led by former health and social care secretary Jeremy Hunt concluded that the service could be short of as many as 50,000 nurses and 12,000 doctors; and the government has no plan to deal with that.

Medical vacancies inevitably command news-site headlines. But it isn’t just doctors and nurses that the NHS needs. As digital, data and information technology systems play a bigger and bigger role in its operations, it also needs people who can build, maintain, and innovate with them.

That will mean recruiting, training, and promoting a new cadre of digital and data professionals. Yet the NHS is likely to face some tough challenges when it comes to doing this.

It is going to be looking for staff from a shrinking pool of young and working age people, as the UK’s natural population ages and demand for its services increase exponentially. And it’s going to be up against stiff competition from international companies with a strong local presence.

At the same time, the NHS will need to make sure that clinical professionals are engaged with new systems and that frontline staff have the digital skills they need to make the most of the innovation coming on stream.

NHS IT teams are big teams that require many skills

Paul Rice, the chief digital and information officer at Bradford Teaching Hospitals NHS Foundation Trust and Airedale NHS Foundation Trust, has been thinking about these challenges in the context of his own organisation and the West Yorkshire Association of Acute Trusts.

Specifically, he told the Highland Marketing advisory board, he has been thinking about how to put a team together to implement some big systems (a new electronic patient record for the West Yorkshire Association of Acute Trusts, and a laboratory information management system for the local pathology network).

“We need a whole range of talents to push and pull in the right order,” he said, indicating that these will range from a chief clinical information officer who can effectively engage clinicians, to a project management office to run the deployments.

Also, from people with the infrastructure and data skills to “keep the lights on” while generating clean information for analysis, to people who can analyse it, to legal and procurement professionals because “we spend a fortune on these systems, and we don’t tend to invest in the specialist expertise that we need to procure them.”

Once he’s got a team together, Rice said he wanted to “avoid the Grand Old Duke of York model” in which “we march everybody up to the top of the hill” for go-live and then let them “depart rapidly at the other side” because “to get the best out of these new tools we will continue to need significant input and expertise to continuously improve and optimise.”

Also, he said, these big projects should be an opportunity to start creating meaningful careers that will attract scarce people and support the local economy. “An EPR contract, a LIMS contract, will run for a decade,” he pointed out, “so we need to attract, develop and maintain a broad base of skilled people for the long haul.

“This offers the prospect of developing genuinely sustainable career pathways because, if you find yourself working in a corridor that covers Airedale, Bradford, and Calderdale for example, you should be able to build and use your skills for a very long time.

“I have been encouraging colleagues to think about creating a ‘Centre of Digital Excellence’, where we can recruit and retain, identify and retrain people on our doorstep.”

While a centre of excellence is still an ambition, Rice has been thinking about the organisations that would need to be involved. He told the advisory board that he has been talking to the universities and further education institutions on his patch and to vendors of consultancy services, accredited skills providers, and digital systems.

“It’s hard for Cerner to support [my trust] from London,” he pointed out. “I would love them to come and work with me in Bradford and to build a resource pool at home in the North. I’d also want to partner with established local businesses with proven capability like TPP who remain central to our ambitions, and they are just up the road. I must go and talk to TPP founder and chief executive Frank Hester about the opportunities.”

More broadly, Rice said he has been thinking about how digital and data can play a key role in supporting the NHS operate as an ‘anchor institution’. The idea of an anchor institution argues that the sustainability of a large, typically public-sector, institution is tied to the wellbeing and make-up of the population it serves. It can contribute through local employment and procurement.

“Bradford has one of the youngest populations in Europe,” Rice said. “There is just this incredible diversity and richness, and as an anchor institution we need to make sure that we can tap into that and make sure that our communities get opportunities to build good careers locally.

“That means taking seriously the idea that we need to uplift skills – core technical ones, programme management, improvement science, data analysis – with people operating with digital sensibilities at every level of the organisation. And it means getting diverse views in the room, to create those diverse opportunities.”

Education, vendors and trusts all have a part to play

Jeremy Nettle, the chair of the advisory board, asked how much engagement Rice was getting. For example, he asked, were local universities competing to provide the skilled staff that the NHS is going to need?

Rice said he was talking to them and that he hoped Bradford’s success in becoming the UK Capital of Culture in 2025 would increase its profile and appeal further.

Andy Kinnear, a consultant at Ethical Healthcare Consulting, who used to run an NHS commissioning support unit, said he had taken three things from the presentation. “The first is that we should learn something from Covid, and that is the importance of having a single goal,” he said.

“Being able to tell people that they are working on something worthwhile, like improving health in Bradford, should help to drive us forward. The second is the vendor piece. We definitely need to work with vendors so they can give back more to the system, while still making money.

“And the third is specialist skills. I think we need parity of esteem between digital/data skills and clinical or finance skills, because that will help to create career paths with salaries to match.”

Facing a problem? Solve it locally

Neil Perry, the CIO at Dartford and Gravesham NHS Foundation Trust, and James Norman, EMEA health and life sciences director at Pure Storage, were also interested in the development of roles at the top of NHS IT.

Were these good ideas? Rice said that these roles were all vital and that it was critical to work in partnership with clinical colleagues to better understand workflows and pathways, audit requirements and research aspirations. If he had a concern about CCIOs and CNIOs it was that people take up these roles quite early in their careers, and there needs to be a real commitment to support progression and professional ambition

But, in an ideal world, he’d have all of them: “A CCIO and a CNIO doing clinical engagement, a CIO, a CAO, and also a CTO doing transformation work. I’m looking to engineer some of that in Bradford and Airedale. My own ambitions are to assemble a team of all the talents to deliver the over-arching ambition of higher quality patient care and outcomes, working with patients and communities in a digitally enabled way.”

Digital nurse leader Anne Cooper concluded by asking Rice where other CIOs should start. In response to which, Rice suggested the most important thing is to start.

“So, the first thing is just to carve out some time to understand both the scale of the challenge and the pipeline on your doorstep. Because if Covid showed us anything, it showed us that local matters; and as anchor institutions we should be committed to solving this locally,” he said. 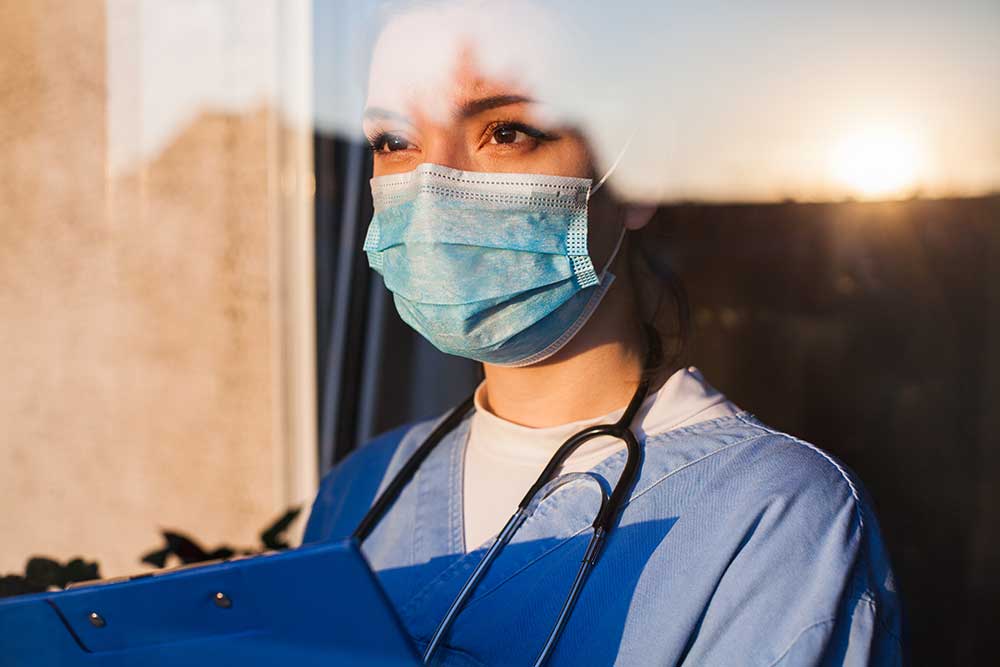